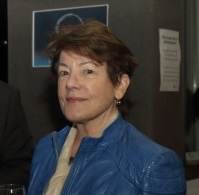 In 1995 I moved half-way round the world, from the United States to Australia, to understand a new idea, ‘restorative justice’, and to see what it was like in practice. What provoked me to pack up all my stuff and leave family and friends?

Two years before the move, John Braithwaite sent me a paper on ‘community conferencing’ in New South Wales. He described a case of a male youth sexually assaulting a girl in a swimming pool and how conference participants decided an outcome. What captivated me was the way he wrote about male domination, violence against women, and the potential of an informal justice process to bring forward feminist voices for change. We went on to co-author the paper, which was published in 1994.

As the years went by, I became disillusioned. It didn’t matter how much evidence I gathered. When I suggested ideas that posed little political risk, officials baulked. For example, at a seminar in 2004, I said to a representative of the attorney-general’s office that conferences could be used for sexual offences as pre-sentence advice. ‘Too risky’ was the response. I suggested that the guilty plea hearing could be more meaningful if it were given greater weight and time in the justice process. A judge expressed interest in the idea, but it didn’t find traction.

I was aware of the limits of restorative justice for general offences from researching diversionary conferences for youth in a high-volume jurisdiction. Half the youth told us that the victim’s story had a little or no effect on them, and sincere apologies were atypical. In light of my research, I believed that advocates were painting a too rosy picture of restorative justice and raising the bar of expectations too high. At the same time, I saw the promise of, and the need for, well-prepared and well-run conferences for sexual violence, which could be part of criminal justice, work alongside it, or be independent of it. The reasons were and are self-evident.

First, relatively few victims report sexual offences to the police. Based on victimisation surveys, the range is 6 to 20 percent, and the average is 14 percent. Of offences reported, the likelihood of conviction (by trial or plea) to any sexual offence is 12.5 percent. More recent data (post 2005) from Canada, New Zealand, and especially England & Wales show further decline. Conventional criminal justice may be a good option for some victims, but in general, most will find their case does not ‘measure up’ to the elements required for a conviction.

If victims are not reporting offences to the police, what do they do? Contact victim services, seek counselling, reach out to family and friends for support, engage in on-line spaces, wait until ready to disclose, do nothing, or something else? What justice responses are possible or optimal? The sheer diversity of sexual victimisation means there is no one optimal response, but rather many, which are attuned to an evolving readiness of victims and admitted offenders to engage in justice activities. These can work within, alongside, and outside criminal justice.

Second, while victimisation surveys show a low rate of police report, we are seeing increased rates of sexual violence from police data in the US, Canada, Australia, New Zealand, and England & Wales, which are generally higher than other violent offences. Many interpret this as evidence of an ‘epidemic’ of sexual violence, but victimisation surveys show otherwise: no change in prevalence of sexual victimisation over time in these countries. What is happening instead is that victim-survivors have the confidence to report offences at a higher rate than before. This has come about, I believe, from a changed political consciousness and activism of women and girls to ‘do something’ and to speak out about sexual violence, yet again. ‘Enough is enough’ is the rallying cry.

Third, victims and survivors are using new communications technologies and online spaces  to voice concerns, seek validation, and find a sense of ‘justice’. Victims can help others to navigate criminal justice by sharing experiences and identifying supports and services. Online spaces can offer truth telling, victim validation, and the development of victim-focused concepts of justice, more so than criminal justice. At the same time, there is a downside: new communications technologies and online spaces are spawning new forms of technology-facilitated sexual violence.

These three realities – low reporting to police, increased reporting, and using other outlets – are occurring simultaneously. Restorative justice, and innovative justice, more generally, can play a role in all of them, but for now, I focus on increased rates of police report. One short-term consequence may be more adverse outcomes for victims. If police and prosecutors lack sufficient resources to respond to the volume of cases, more cases will be dropped and case attrition will increase. At the same time, authorities may be looking for more effective ways to manage case attrition.

Such attrition is largest at the police stage. One reason is the police lack evidence to secure a conviction, despite believing a victim’s account. Rather than turning a victim away and do nothing, a police officer or other authority could participate in a ‘validation’ conference (my term) that gives expression to believing a victim. This would be a type of ‘victim only’ conference, offered with victim services and support.

A significant missed opportunity in criminal justice is the guilty plea hearing, when an accused admits to the wrong(s). This should be an occasion for validating and vindicating a victim, and a first step for an offender to come to terms with what they did. It can be carried out in a more meaningful way for both victim and offender by using a conference format.

Despite my experience 20 years ago, pre-sentence conferences for adult sexual violence have become more common. They have been running in New Zealand for some time within criminal justice and independent of it. The NZ Project Restore model, which takes self- and community-referrals, as well as those by the police, courts, and prisons, is an example. There are others recently underway or established, both on and ‘under’ the radar.

Building an evidence base has been hindered by small sample sizes; and by studies of differing forms of youth and adult sexual offending, different practices within and outside criminal justice, and different legal contexts of practice (diversion from court or prosecution, pre-sentence, or post-sentence).

On reflection, perhaps the tipping point for change will not require, or come from, a strong evidence base. Instead, it may be spurred by the demands of victim-survivors for more effective and sensitive responses to sexual violence. And it may come from pressure on criminal justice with an increasing volume of reported offences, greater case attrition, and government efforts to find ways to salvage legitimacy, as is occurring now in England & Wales. Unfortunately, the British government is not taking the restorative justice tack I propose. Rather, it promises to publish ‘score cards’ of increased charging, conviction, and incarceration rates. Increasing the intensity of criminal justice may be popular with some constituents, but it is thin gruel for many victim-survivors who seek a wider set of justice mechanisms and transformation of how justice is ‘done’.

In that respect, I have a visionary objective. It is to see the creation of justice responses to crime, including sexual violence, as if victims and survivors mattered. Criminal justice was not established on the principle that victims mattered. It was created to ensure fair procedures and lawful evidence gathering in charging and prosecuting those accused. Of all crimes, sexual offences may be the least appropriate for an adversarial trial. Moreover, the high stakes for those accused – of demonisation and long sentences – mean that strong denials are inevitable.

If you are interested in these ideas, please consider reading my anthology. It has 11 previous publications and two new and substantial essays. The publisher is Eleven International Publishing (The Hague).

Here is a link to the book’s flyer, which gives options for purchasing the text.

Here also is a link to my professional page, which has links to pre-prints of the two new essays.

The discounted price is €36 if you order from the publisher’s webshop and a member of one of these associations:

If you can take advantage of the discount, email info@elevenpub.com for information on how to proceed.

If you are unable to use the discount or cannot afford to buy the text, please email me:  k.daly@griffith.edu.au

Kathleen Daly is Professor of Criminology and Criminal Justice, Griffith University (Brisbane). She writes on gender, race, crime, and criminal justice; and on restorative, Indigenous, and transitional justice. Her recent work is on conventional and innovative justice responses to violent victimisation; and on redress for institutional abuse of children in international context. She was a member of the Commonwealth Independent Advisory Council on Redress (2016-18) and has received seven Australian Research Council Grants (all but one as sole CI), totalling $2.33 million.